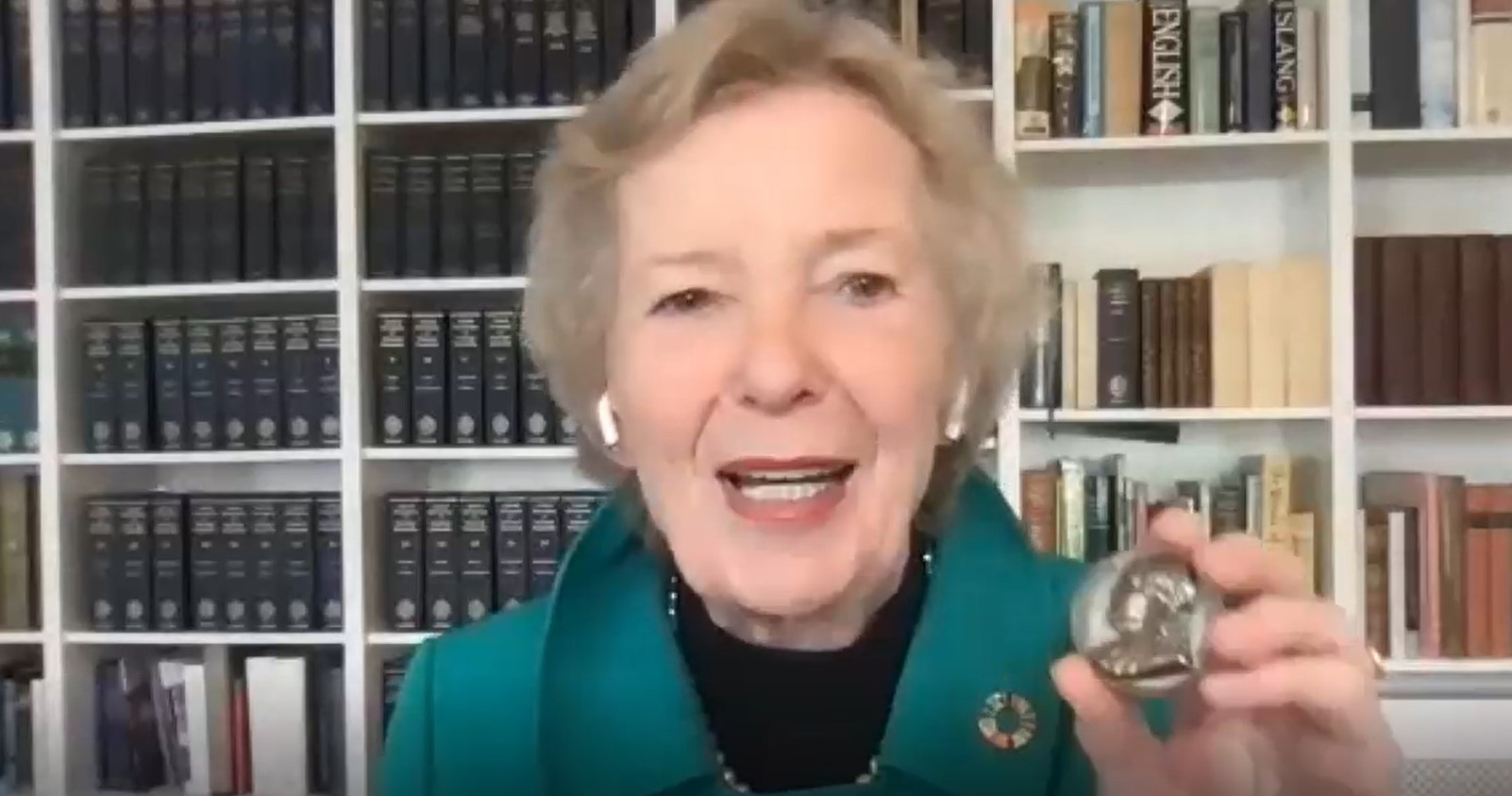 Former President of Ireland, stateswoman and campaigner Mary Robinson has received the Benjamin Franklin House Medal for Leadership in a virtual ceremony on Wednesday 7 July. The award recognises extraordinary individuals following in Franklin’s footsteps who exemplify a commitment to justice, cross-cultural understanding, tolerance and humanity.

Robinson was the first woman President of Ireland from 1990 to 1997 and UN High Commissioner for Human Rights from 1997 to 2002. Her many roles now include Adjunct Professor for Climate Justice in Trinity College Dublin and Chair of The Elders.

Robinson received the award in recognition of her many achievements, over several decades, particularly on gender equality, human rights and climate change.

Watch the full ceremony below:

Previously the Award has been given to: