Franklin’s Young Inventors is our weekly science club for aspiring scientists in Key Stage 3 (ages 11-14). This autumn we are delivering our science club virtually via Zoom on Tuesdays at 4.30pm BST or Saturdays at 11.30am BST. Participants will learn all about the experiments carried out by Benjamin Franklin and his British friends as well as trying their hand at practical investigations. This week we’ll be exploring the core physics topic of static electricity.

Funding for Franklin’s Young Inventors has generously been provided by the United States Government. 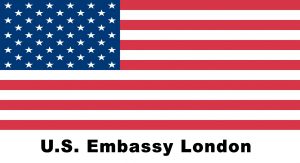 Registration will open here after 10am on Tuesday 29 September.

Join us for the annual Robert H Smith lecture in American Democracy which aims to promote the importance of international diplomacy and democracy in the spirit of Benjamin Franklin as a diplomat and politician.

The settled position of law and the judges in our constitution has undergone very severe stress testing over the last five years, through Brexit and coronavirus.  Those two crises demonstrate the dominance of the executive, who as coronavirus demonstrates can change the law at will if circumstances demand it, and the dominance of politics – if the politicians don’t like the limits set by the law they will not only change the law, they may change the constitution to neuter the judges.  How much at risk is the rule of law?  And what should we do about it?  Has politics prevented us from defending the rule of law? The lecture will set out the threat which is real, the consequences which are dire, and the steps we can take both to form a coalition which defends the rule of law and the specific constitutional changes needed to embed the rule of law.

Charlie Falconer (@LordCFalconer) is an English qualified barrister and partner based in Gibson, Dunn & Crutcher’s London office.  The former UK Lord Chancellor and first Secretary of State for Justice spent 25 years as a commercial barrister, becoming a QC in 1991.

Chaired by Paul Apostolidis, Associate Professorial Lecturer and Deputy Head of Department for Education in the Department of Government at LSE.

This event is hosted in partnership with the Department of Government (@LSEGovernment), the world-leading centre for study and research in politics and government.

During their lifetimes and in the years since, Benjamin Franklin and George Washington have been the subject of great literary interest. Yet each has typically been a minor player in the chronicles of the other – until now. Pulitzer Prize-winning author Edward J. Larson’s new book, Franklin & Washington, uncovers the close relationship between these two principal founders of the United States. Professor Larson, University Professor of History and Darling Chair in Law at Pepperdine University, who was also an inaugural Fellow at the Library for the Study of George Washington at Mount Vernon, will be in conversation with Dr. Márcia Balisciano, Director of the Benjamin Franklin House in London, the world’s only surviving Franklin home. On the table will be the genesis of Franklin and Washington’s friendship and its impact on the American story, and their legacies in a time of challenge.

Join us for the October installment of Ben’s Book Club, a monthly virtual gathering looking at themes ​related to Benjamin Franklin, the 18th ​century, and American ​history.

This month we will be talking to Wendy Moore about her first book ‘The Knife Man’, a fascinating biography of the 18th century surgeon John Hunter. This celebrated anatomist was a contemporary of Dr William Hewson, a fellow resident of 36 Craven Street during Benjamin Franklin’s stay, who ran a private anatomy school from the garden. Both were trained by John’s elder brother William. In later years John advised Franklin on his health.

Revered and feared in equal measure, John Hunter was the most famous surgeon of eighteenth-century London. Rich or poor, aristocrat or human freak, suffering Georgians knew that Hunter’s skills might well save their lives but if he failed, their corpses could end up on his dissecting table, their bones and organs destined for display in his remarkable, macabre museum. Maverick medical pioneer, adored teacher, brilliant naturalist, Hunter was a key figure of the Enlightenment who transformed surgery, advanced biological understanding and even anticipated the evolutionary theories of Darwin. He provided inspiration both for Dr Jekyll and Dr Dolittle. But the extremes to which he went to pursue his scientific mission raised question marks then as now.

‘The Knife Man’ won the UK Medical Journalists’ Association Consumer Book Award and was short-listed for the Marsh Biography Award and the Saltire Award. Other titles by Wendy Moore include ‘Wedlock‘, ‘How to Create the Perfect Wife‘, ‘The Mesmerist’, and her latest publication ‘Endell Street’ tells the story of the suffragette doctors who ran a Military Hospital in the heart of London in World War One. Wendy is a prize-winning author and freelance journalist who has written for numerous national newspapers including the Guardian, Times, Sunday Telegraph and Express as well as for medical journals including the Lancet and BMJ. She is one of the members of the judging panel for the annual Benjamin Franklin House Literary Prize for young writers and you can watch her virtual talk on ‘Endell Street’ here.

You can buy ‘The Knife Man’ here.

Join us for the November installment of Ben’s Book Club, a monthly virtual gathering looking at themes ​related to Benjamin Franklin, the 18th ​century, and American ​history.

This month we will be talking to Dr Amanda Foreman about her brilliant narrative, ‘A World on Fire’, in which she tells the fascinating story of the American Civil War–and the major role played by Britain and its citizens in that epic struggle.

Between 1861 and 1865, thousands of British citizens volunteered for service on both sides of the Civil War. From the first cannon blasts on Fort Sumter to Lee’s surrender at Appomattox, they served as officers and infantrymen, sailors and nurses, blockade runners and spies. Through personal letters, diaries, and journals, Foreman introduces characters both humble and grand, while crafting a panoramic yet intimate view of the war on the front lines, in the prison camps, and in the great cities of both the Union and the Confederacy. In the drawing rooms of London and the offices of Washington, on muddy fields and aboard packed ships, Foreman reveals the decisions made, the beliefs held and contested, and the personal triumphs and sacrifices that ultimately led to the reunification of America.

‘A World on Fire’ was the winner of the Fletcher Pratt Award for Civil War History, a finalist for the National Book Critics Circle Award and was selected for the New York Times Top Ten Books of 2011. Amanda Foreman is also the author of the best-selling ‘Georgiana, Duchess of Devonshire’. In 2016, Foreman served as chair of The Man Booker Prize. That same year, her BBC documentary series, ‘The Ascent of Woman’, was released. Currently, she is a columnist for The Wall Street Journal bi-weekly ‘Historically Speaking’ and an Honorary Research Senior Fellow in the History Department at the University of Liverpool. Her next book, ‘The World Made by Women’, is scheduled to be published by Penguin Random House in 2021.

You can buy ‘A World on Fire’ here.

Join us for our first edition of Ben’s Book Club, a monthly virtual gathering looking at themes ​related to Benjamin Franklin, the 18th ​century, and American ​history.

Dr George Boudreau is a cultural historian of early Anglo-America, specializing in the history of Philadelphia, the work of Benjamin Franklin, material culture, and public history. Boudreau was the founding editor of the journal Early American Studies, and has won six major grants from the National Endowment for the Humanities. He was a fellow at Fred W. Smith National Library for the Study of George Washington in 2019-20 and has previously completed fellowships at the Jamestown Rediscovery and the Omohundro Institute for Early American History and Culture at Williamsburg, the International Center for Jefferson Studies at Monticello, the Library Company of Philadelphia, Winterthur Museum and Library, the American Philosophical Society, and the David Library of the American Revolution. A 1998 Ph.D. from Indiana University, he is currently senior research associate at the McNeil Center for Early American Studies at the University of Pennsylvania and is a member of the Academic Advisory Panel for Benjamin Franklin House.

You can buy the book on our online shop here.

Please note that this is a Zoom Meeting and that it will be recorded. If you would not like to appear in the recording please turn off your video.

Open House London is the capital’s largest annual festival of architecture and design. This annual event allows the public to cross the threshold of some of London’s most interesting buildings, including Grade I, 1730s Benjamin Franklin House. Half-hourly guided tours will take place throughout the day.

Rules for a safe visit

All visitors will be required to wear masks while in the House except:

Tour groups are limited to 4 people from separate households in line with social distancing measures.

Please refrain from touching public surfaces while in the House

Please do not enter the House if you feel unwell

Our staff is available should you need any assistance

Benjamin Franklin was a keen botanist and frequently exchanged seeds with other scientists. Learn about what plants need to grow and decorate your own plant pot to take away!

To complete the craft activity at home, you will need:

Join Polly Hewson, a character from Franklin’s household, to learn about Georgian dress and etiquette. Design your own period outfits for Franklin and his fashionable friends in London!

You can watch the virtual segment below:

A fellow resident of 36 Craven street during Franklin’s stay in London, Dr. William Hewson ran an anatomy school for medical students. Join us to learn about the history of medicine and what Hewson taught his students about the human body.

You can watch the virtual segment below:

This term, we will offer a virtual alternative to our after school science club called, Franklin’s Young Inventors. Follow the link to learn more.